Bench can honour our past, add to community’s future

Bench can honour our past, add to community’s future

Back in the 1930s, in the days before air conditioning was commonplace, there were few places where Torontonians could go to escape the summer heat.

One of the most popular areas for summer recreation activities was Hanlan’s Point, at the west end of the Toronto islands.

Tens of thousands of people flocked to the Hanlan’s Point community every summer, to visit the amusement park or the baseball stadium, or to spend a few days staying in one of the many hotels, homes, cottages or boarding houses that dotted the islands.

It was a Toronto neighbourhood, just like any other only different!

Hanlan’s Point has a special significance for the Aaron family, since it was there that my parents, Irving and Helen, met in the summer of 1938.

At the time they met and married, my dad was practising real estate law, but having graduated just a year after the stock market crash in October 1929, pickings were very slim.

Except for a four-year stint in the army, he practised real estate law for almost 60 years, and saw his son and daughter called to the bar to join him and follow in his footsteps.

This summer I was searching for a suitable gift for my mother’s milestone birthday earlier this month, and came upon what I thought was a perfect idea for the woman who doesn’t need anything but is still very active and “with it.”

The City of Toronto has a Commemorative Tree and Bench Program which is detailed on its website at toronto.ca in the parks department section.

Members of the public can donate a tree or bench to the city, with a plaque to commemorate a special person or occasion.

The cost ranges from $642 to $2,200, and is tax deductible. It seemed to me to be a wonderful gift idea and at the same time we would make a significant contribution to the parks that enhance our city.

With less than a month to go before the special day, I contacted Ruby Jajwan at Toronto Parks (commemorativeprogram@toronto.ca or 416-395-6028).

Normally the installation of a park bench takes several months, but she pulled out all the stops and at the end of August I received a phone call from Warren Hoselton, supervisor of the Toronto Island parks, to say that the birthday bench and concrete pad had been installed.

On Labour Day, Sept. 3, we piled my mother, her two children, spouses, grandchildren and grand-dog into the family boat and motored over to Hanlan’s Point for the birthday surprise.

There, at the water’s edge on Blockhouse Bay overlooking the regatta course, she was startled to find a brand new park bench bearing a plaque, which reads: 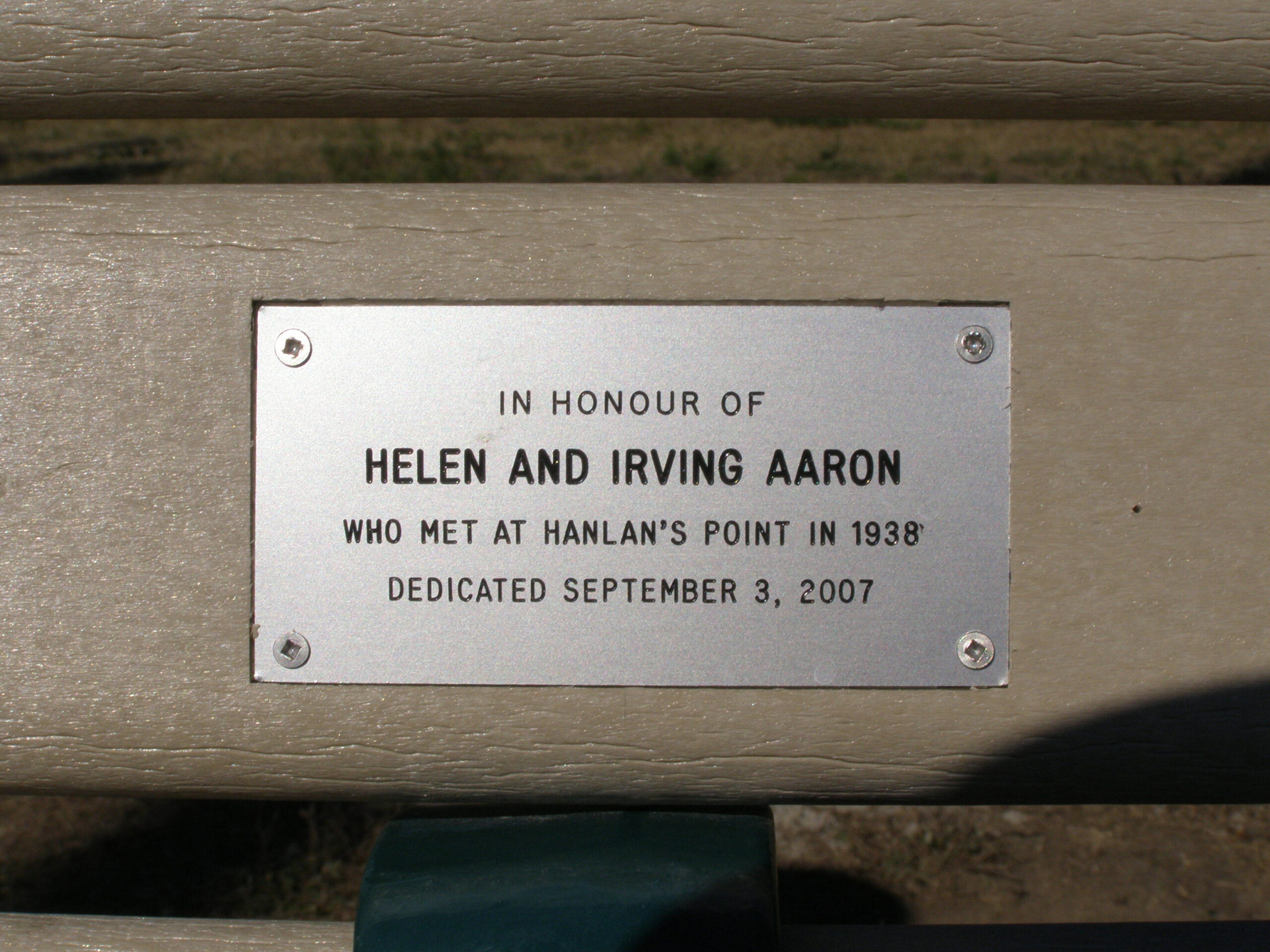 Amid laughter and tears, we all toasted the birthday girl, the long-gone community at Hanlan’s Point and a young couple who met there so many years ago.

I’m hoping the bench will be appreciated by Torontonians who use the island park for generations to come. And I’m encouraging you to do something similar for your community.

Happy birthday, Mom, and many, many more. 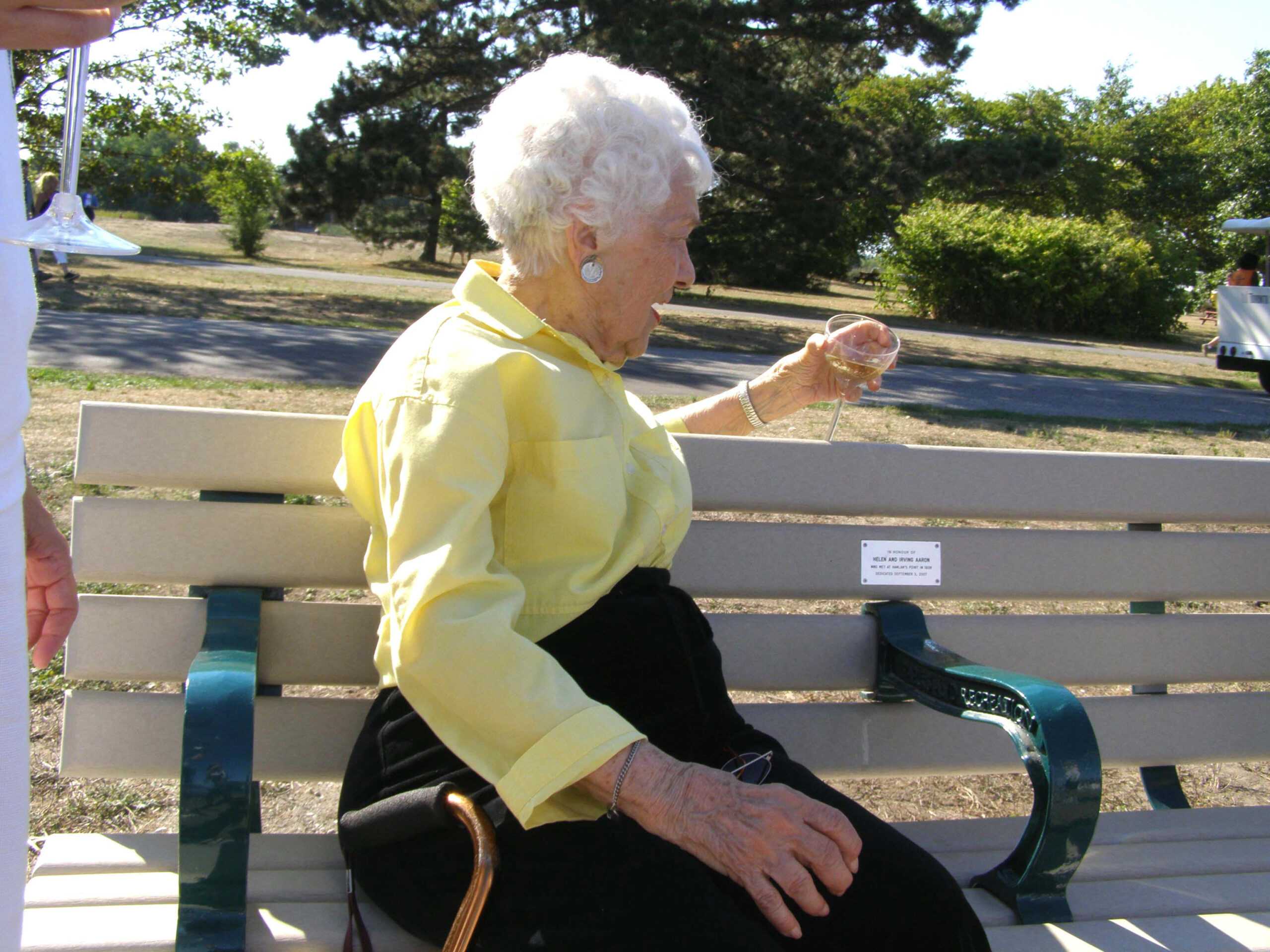 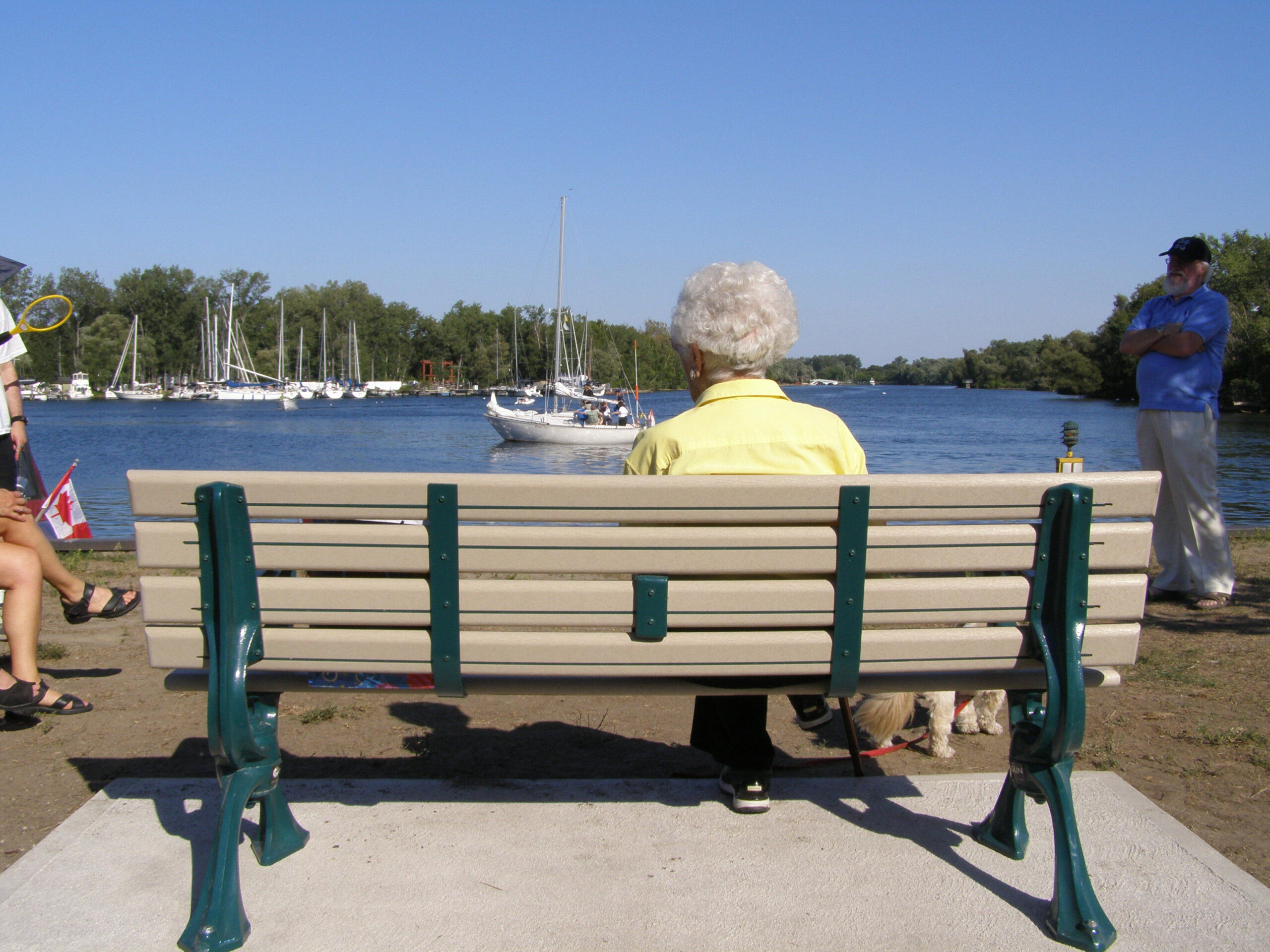 Bob Aaron is a Toronto real estate lawyer. He can be reached by email at bob@aaron.ca, phone 416-364-9366 or fax 416-364-3818.
Visit the Toronto Star column archives at http://www.aaron.ca/columns for articles on this and other topics or his main webpage at www.aaron.ca.